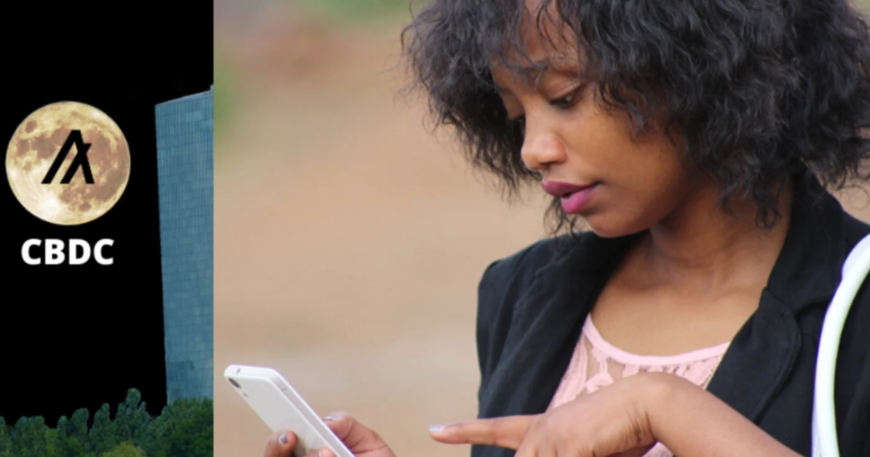 RETAIL CBDCS ON THE ALGORAND CHAIN; A NEW PAYMENT PATH FOR EMERGING ECONOMIES

Emerging economies are wrought with fragmented payment infrastructure that operates in silos. Not limited to only emerging economies is the cost and time it takes to clear cross-border and interbank settlements using the SWIFT infrastructure. International settlements can take up to 5 business days while the transaction charges continue to erode the income of low-income groups who need to send money home. Central (Federal) Banks in most countries are mandated to implement policy and regulatory oversight of the country’s financial infrastructure. The minting of currencies, processing both inward and outward international payments as well as local interbank settlements are some core duties of Central Banks. In economies where the financial infrastructure is weak, Central Banks have had to incur considerable costs in maintaining sanity in the financial system. To prevent the proliferation of counterfeit currency notes, Central Banks spend more money to change the security features of existing currencies. The cost-benefit of this is not favourable, especially for emerging economies where there are competing demands for resources to provide better healthcare, education, food and potable water. According to VenturesAfrica.com, Nigeria Spends $5.1bn On Printing, Moving Cash Annually. Similarly, the Bank of Ghana spent about $26m to mint new currency notes while Kenya also spent $141 million just to mint new currencies.

This currency-minting cycle is expensive to maintain and often saddled with mistrust from the citizenry on the necessity for such expenditures. Apart from the cost, performing banking oversight and digitising the financial systems remain the aspiration of financial managers in emerging economies. A digital financial system is, however, a longshot since about 54% of Africans, for instance, still carry fiat across borders for payments. This phenomenon hampers regional integration, higher cost of doing business, and lack of transparency in financial transactions. In a 2018 OMFIF-IBM report on Central Bank Digital Currencies (CBDCs), they argue that the 2008 financial crisis lead to a general mistrust in the banking sector. In the country of Ghana, the period 2018 to 2019 witnessed a meltdown in the country’s financial system. The Central Bank of Ghana seized the licences of over ten commercial banks, and 23 savings and loan institutions were declared insolvent.

In contrast, 347 microfinance institutions were closed down, according to the Business & Financial Times of Ghana. Some depositors lost their savings and investments in the process and it cost the government about $2.1 billion to restore the financial system. The situation got worsened because there was difficulty in reconciling the actual balance of depositors at the banks for some form of repayment by the central bank. This, in effect, eroded consumer confidence in the financial system as businesses are resorting to keeping money at home using the old method of “money boxes’’ in the informal sector in Ghana.

In response to some of these issues, central banks are reviewing national and international banking and payment architectures. One of the go-to strategies is the concept of Central Bank Digital Currencies. The 2018 OMFIF-IBM report succinctly describes what CBDCs are:

“…digital version of sovereign fiat currency — one that adopts and exceeds the technical benefits of a cryptocurrency, but inherits all the underlying trust of a sovereign currency…”

Put merely, CBDCs are the digital version of the national currencies like the US Dollar, Ghana Cedi, Nigerian Naira, and British Pounds, among others. You can term it as the sovereign cryptocurrencies of real money.

By their form and substance, therefore, CBDCs have the potential to drive growth in economies that are less integrated into the global economy. The current barriers to a borderless economy can be solved with the adoption of CBDCs. Recently, there has been an upsurge in the interest in central bank digital currencies, and some countries are mooting the idea of CBDCs while others are far ahead with the technical implementation. An example is the Marchall Islands which plans to launch a national digital currency on the Alogrand blockchain. As discussed earlier, CBDCs present an alternative to the current centralised payment and settlement architecture. For instance, about 90% of businesses in Africa are SMBs that are engaged in cross-border retail trading and production. Secure payment systems still remain a challenge for these businesses. Cryptocurrencies present a reliable, faster, and cheaper route but lack the sovereign backing of countries for their wide adoption. In this light, a digital version of sovereign fiat currencies will provide a favourable policy environment for the retail economy and commercial banks to leverage CBDCs for economic growth. There is an opportunity for countries lagging in leapfrogging the current legacy financial systems to provide new retail payment options using CBDCS.

Central banks have varied reasons for researching digital currencies, including financial inclusion, the potential of CBDCs for cross-border payments, and fostering trust in monetary authorities. Apart from these, CBDCs can also boost the seigniorage revenues since there will be a reduction in the cost involved in minting new currency notes.

The Choice of CBDC Architecture

Central banks have two ways to implement a CBDC: Centralised and Decentralised. Firstly, Central Banks can build a centralised digital currency whose token distribution and architecture are centralised at the central bank. Centralised CBDCs involve hiring or setting up a software development entity to develop and manage the technical architecture of the CBDC. Central Banks want to focus on policymaking and regulations other than becoming software development companies. While this is an option, it does not engender the trust and openness that citizens want to see in the operations of their central banks. The second option is to build the CBDC on a decentralised architecture that allows the currency pool and exchange to be on a distributed ledger. In this case, making it on blockchain networks provides the decentralise benefit.
Blockchain projects already offer the platform to create cryptocurrencies and stablecoins, which are exchanged for other cryptocurrencies through decentralised systems. It will be prudent, therefore, for central banks to build their CBDCs on the blockchain. The advantages include leveraging open-source software to deploy the CBDC without compromising the safety and security of the currency. Blockchain-based CBDCs offer the opportunity for interoperability with other cryptocurrencies, and lastly, the banks do not have to build and maintain the software architecture for this. It will appear the central bank managers are tilted toward a decentralised system for CBDC implementation, according to the 2018 OMFIF-IBM report. Recently, the Marshall Islands announced its plans to its CBDC on the Algorand blockchain.

Retail CBDC on the Algorand Blockchain

The Algorand blockchain supports both permissionless and permissioned architecture, which allows for central banks to build customised standard assets as CBDCs. With the pure-proof-of-stake consensus, it will enable everyone to participate in validating blocks, thereby increasing the security of the network. Currently, there are over 700 validators on the Algorand blockchain network, and it is designed to support a borderless economy where retail payments are fast and cheap.

It is ideal for central banks to leverage the Algorand core features to create the CBDC. CBDCs will be produced as an Algorand standard asset, allowing them to perform instant and bulk exchanges using the atomic swaps feature. At the same time, the layer-1 smart contract is available to facilitate the trustless exchange of CBCDs among parties. Financial reconciliation and settlement are instant, allowing banks to process cross-border interbank payments instantly. It also allows retail merchants to accept CBCDs as POS payments across borders with access to immediate liquidity. One of the critical challenges with cross-border payments has been the issue of chargebacks. When a transaction is disputed, it often takes days before the funds are resettled. However, with a retail CBDC on the Algorand chain, it opens up the possibility for instant refunds using some of the critical Algorand features. For instance, commercial banks and payment companies building on the CBDC can implement escrow payments, asset clawback, as well as the freezing of assets to handle all retail payment dispute scenarios. Where there are disputes, accounts can be frozen until the dispute is resolved.

Even though Algorand is a decentralised network, the Algorand project is registered and regulated as a limited liability company, which has a dedicated team working on it. The longevity of the project is guaranteed. The company will continue to innovate and build an open innovation system to keep the Algorand blockchain decentralised as open-source software. Lastly, Algorand recently rolled out the Algorand co-chains, which is permissioned access to the blockchain. It allows a set of entities to choose their validators to perform transactions privately. After the purchase is confirmed in the permissioned co-chain, the public chain is updated. However, validators on the public blockchain are not part of the governance consensus of the private co-chains. This feature will come in handy for retail CBDCs where banks may want to run a permissioned co-chain for transaction validation and exchange. Central banks and commercial banks can build a private co-chain on the Algorand network to validate CBDC transactions. This will make it easy for inward settlements and payments using the CBDC within the country and globally.

The CUDOS Network and Ecosystem: The human and infrastructure layers